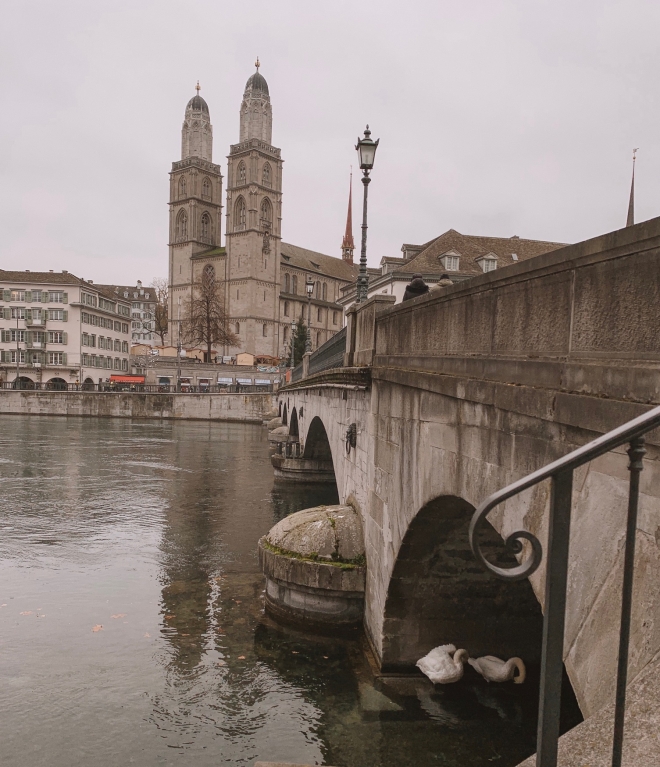 Happy Monday & happy Spring! Spring has been beautiful (it started super early in February) until 2 days ago. Let’s take this back to last week, the sun was shining and the temperature had hit 20 degrees! Everyone was like “yay! The weather is so beautiful, it’s spring!” But we were fooled. 2 days ago, we got snow. It was that gross wet snow that didn’t quite freeze on the ground, so it made for a lot of mud and grossness. I’m sure a lot of people were shocked that the weather could take such a turn in April, I mean it’s Spring for crying out loud!! But me, no. I was used to this snowy April day. Coming from Canada, snow in April is quite the norm and I’m sure my Canadian friends will also experience one last blizzard this year before they get a taste of Spring. You see, the weather here for me has been great. Winter here was amazing, it wasn’t too cold, the snow didn’t last too long and Spring came early! It didn’t take much adjusting to the weather for me when I moved here. With that being said, it did take some time to adjust to other things and in this blog post I will talk about culture shock! Yes, it is a real thing and YES I did experience it and am still adjusting to this day.

[Before I start talking about my cultural shock experience, I would just like to make a little disclaimer:  This is in no way a blog post to bash Switzerland or it’s people. This has just been my personal experience and everything written is based on my subjective opinions. I, in no way, intend to stereotype or spread any negativity by writing this post. I mean no offense or harm to any Swiss people.

Also, this post will contain more negative than positive information due to it being based on the “shocking” aspects I have experienced in Switzerland. In another blog post, I will talk more about the positive things I was “shocked” by when I moved to this country!]

So as Google defines, culture shock is “the feeling of disorientation experienced by someone when they are suddenly subjected to an unfamiliar culture, way of life, or set of attitudes”. Now you may be thinking “Zoë, you moved to Switzerland. It can’t be that different from Canada!” And in some ways, you are right. There are a lot of similarities between the two countries but also many differences that I will touch on in this post.

First, I will give you the different stages that one supposedly goes through while experiencing culture shock.

As you can imagine, culture shock can throw you into a real identity crisis. From my honest and personal view, I am still going through stages 2 and 3. It is getting easier by the day, but even after being here for about 10 months, I still have a lot of adjusting to do.

When I moved to Switzerland, some of the things that I had to adjust to were things I didn’t think would be hard. Like driving or grocery shopping. But even these simple daily activities took some adjusting. Then there were other obvious things that I knew would take some time, like the language barrier, the cost of living, and making friends.

So yes, driving was a challenge for me. I knew I would have to drive for my job and I thought nothing of it really. Until the first time I drove and realized the roads are SO NARROW. I know in Canada we have narrow roads, dirt roads, and back country roads. But here, the streets just feel oddly cramped and tiny. I don’t drive as often now, but whenever I’m in the car with someone else, I still can’t help but feel like I’m in that Harry Potter scene when they’re driving in the Knight Bus. I think this is something I’ll never get quite adjusted to. Or at least I’ll feel that way until I go back to Canada and say “Woah! The roads here are so spacious” 😁.

As for grocery shopping, it didn’t even cross my mind that it would be any different than it was in Canada. And in most ways, it isn’t. But one thing that really blew me away when I first arrived here is that the grocery stores are not open on Sundays. I touched on this is on of my previous blog posts but basically, Switzerland becomes a ghost town on Sundays as many people dedicate this day to being outdoors or just resting at home. This makes for a really busy Saturday at the shops because everyone is trying to get their shopping in for the next couple days. I feel more adjusted to this now, but in the beginning I always forgot the Sunday shutdown and sometimes found myself needing something from the shop that I now couldn’t get until Monday. This was really frustrating but now that I am more used to it, I realize that it is pretty cool that the Swiss have a day that is really dedicated to doing nothing.

An obvious challenge and shock is the language barrier. I knew this would be something that would take a looooot of time to get used to. The first few months were really bad. I didn’t want to go out in public because I was worried that I wouldn’t be able to communicate. I know it sounds quite dumb but trust me, it can be really intimidating living somewhere where you don’t know the local language. Now that I am more accustomed to the lingo, it has gotten easier but I still struggle and I think I will always find challenges when it comes to language. To overcome this, I obviously have taken a German course and try to practice when I can. I will start a new German course in a couple weeks so I will continue to improve and hopefully the challenges will diminish.

When it comes to making friends with the Swiss, it isn’t an easy task. For the most part, I have noticed that people here tend to keep very small and closed circles. I think most Swiss people are very kind but will not necessarily open up and let you in. Again, this is just a generalization and of course this does not apply to everyone. From my experience, a lot of Swiss people have very strong opinions towards foreigners and this may also affect the ability to make friendships with them. Almost all of the friends that I have made are from other countries and they seem to have the same troubles as me when it comes to making friends with the Swiss.

A lot of Swiss people have a very direct and no bullsh*t attitude. They are not timid to call you out on something and they are just very straight forward. In Canada, we are known for being nice and maybe even too nice. Now, I’m not saying Swiss people are mean, but I think as Canadians we take things very personally and the Swiss are just very direct which can unintentionally hurt our feelings (I know…#soft).  I wasn’t really used to just being told how it is when I first came here. Strangers don’t like small talk and it isn’t common to strike up a convo with your cashier or waiter. As a Canadian, it can come off as rude but remember it is because we are more open people and the Swiss are just more reserved.  (OF COURSE there are exceptions, again just a generalization!)

Okay the last thing I will mention in today’s culture shock post is.. you probably guessed it.. the cost of living. As I also mentioned in a previous blog, the cost of living is very high but also the minimum pay is higher than other countries too. So there is a certain balance. But I was very shocked at the prices of some things when I moved. Like really shocked. I can spend what seems like an unreasonable amount of money on groceries and still feel like I didn’t stock up enough for the week. Money comes and goes really fast here. Of course this can depend on how you spend and what your salary is too. But coming from Canada, I can say it is harder to enjoy the little luxuries like going to the movies, going out to eat in a restaurant, or even grabbing a drink at a local bar. All of this can still of course be done, but the cost for these activities are definitely way higher than what they were in Canada. I think this has been the biggest cultural shock to me, but at the same time I am learning how to budget and save way better than I ever have before.

There is no easy way to settle and adjust into living in a new country. As much as it is an exciting time, it is also an uphill battle. Here are some things I have personally tried to cope with the symptoms of cultural shock and would definitely recommend:

Lastly, just remember to be patient and kind with yourself. If you are moving to a completely new country, you should be proud of yourself! It can be frustrating at times, but remember that what you are going through is not easy and it is something that a lot of people will never even dare to try. Try to be less judgemental and more understanding. Ask questions, be curious, and explore as much as you can!

That’s all for today, as always thanks for reading and following along on my journey!

2 thoughts on “Culture Shock + how to adjust” 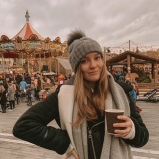 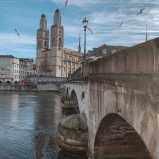 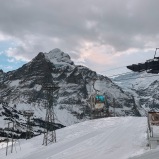